A downloadable game for Windows

In this game you will fight against hordes of slimes using elemental towers.  Explore each towers strength and weakness, to optimize your setup.

This game was made as a school project, and any feedback would be much appreciated.

Hey! I checked this game out on https://www.twitch.tv/naturalpowergames. I liked the concept (it's a basic TD concept and I love those), but I felt it lacks a bit of variety. Does the cold tower slow? Is the Lightning tower different from the Fire tower in any way other than graphics and damage/speed? Thanks for sharing !

I'm amazed somebody already played our game! Thank you very much! Yes, each tower does something different when upgraded to a higher level. Fire is damage over time. Lightning is long range and has an AOE effects which makes it stronger against bulks of enemies. Ice slows enemies up to 60% and earth does heavy damage against single targets, which is usefull against bosses. We would have liked to have more variety, but we simply ran out of time during our project. It's likely that we won't revisit this game but instead work on other better games. Again thanks for playing, and have a nice day! 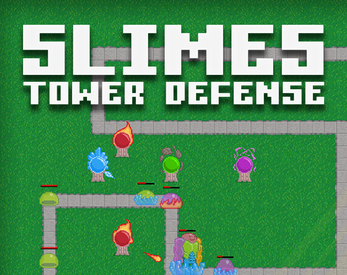